Uncategorized by Love TeachAugust 2, 2014April 23, 2019
Summer means I have lots of time to do important
thinking, which this morning has meant coming up with this list of teaching
inventions I wish existed.
1) Grading machine

You’ll notice that it looks remarkably like a fax machine. It can even grade essays! Oh, also it can create make-up exams. I just decided.
2) Silent spray
I’ve seen cute versions of this on Pinterest for pre-school age kiddos, but mine would be very serious. Sort of like Febreze except instead of working with smells it will work with sounds. A quick spray across the room and a hush just falls over everyone. Ahhhh.
Also, my roommate held up a placemat just behind our coffee table for this picture to happen. Thanks, Esther!
3) A special telephone that has a direct hotline for answers to everything

Preferably the hotline attendant would be Morgan Freeman. He would have the answers to my most plaguing questions, which, last year, were
things like:
“Yeah, it’s October and our school ran out of paper and toner for the rest of the year. What do I do?”
“Who wrote ‘Charlie = bae’ in this copy of Flowers for
Algernon?”
“Where did I put my Easy Grader?”
“Why is there a staple in my hair?”
4) A life-sized hamster wheel
For that one angel we all have.
5) A light-up PMS necklace
I love life most of the time. But exactly five days before my period, I love nothing and nobody. If I had a necklace that lit up and played a song (preferably a jaunty tune) when I was luteal, it would help me and others to recognize that my irritability was coming from a place of chaos rather than the real world and I would be able to cope accordingly.
6) A clock that sings the perfect song at the beginning of the day, during every passing period, and at the end of the day
This isn’t like an iPod alarm or something where I choose the song; it just knows what to play. IT KNOWS!
7) Food-multiplying wand
If I’m starving during class and take out a granola bar during class, everyone wants one. It would be nice to turn one into 35 with a simple wave of my wand. Also, I could easily promise my classes cookies or mini quiches or whatever I felt like because I would only have to make one instead of a hundred and twenty.

The wand would also come in handy when your coworker brings amazing leftovers from last night’s dinner at that new steakhouse in town and you accidentally packed yourself a bell pepper because you thought it was an apple in your early morning lunch-packing stupor.

8) A zipline that goes from my room to my parking space
Because why not?
9) A remote-control robot teacher for
active monitoring during testing 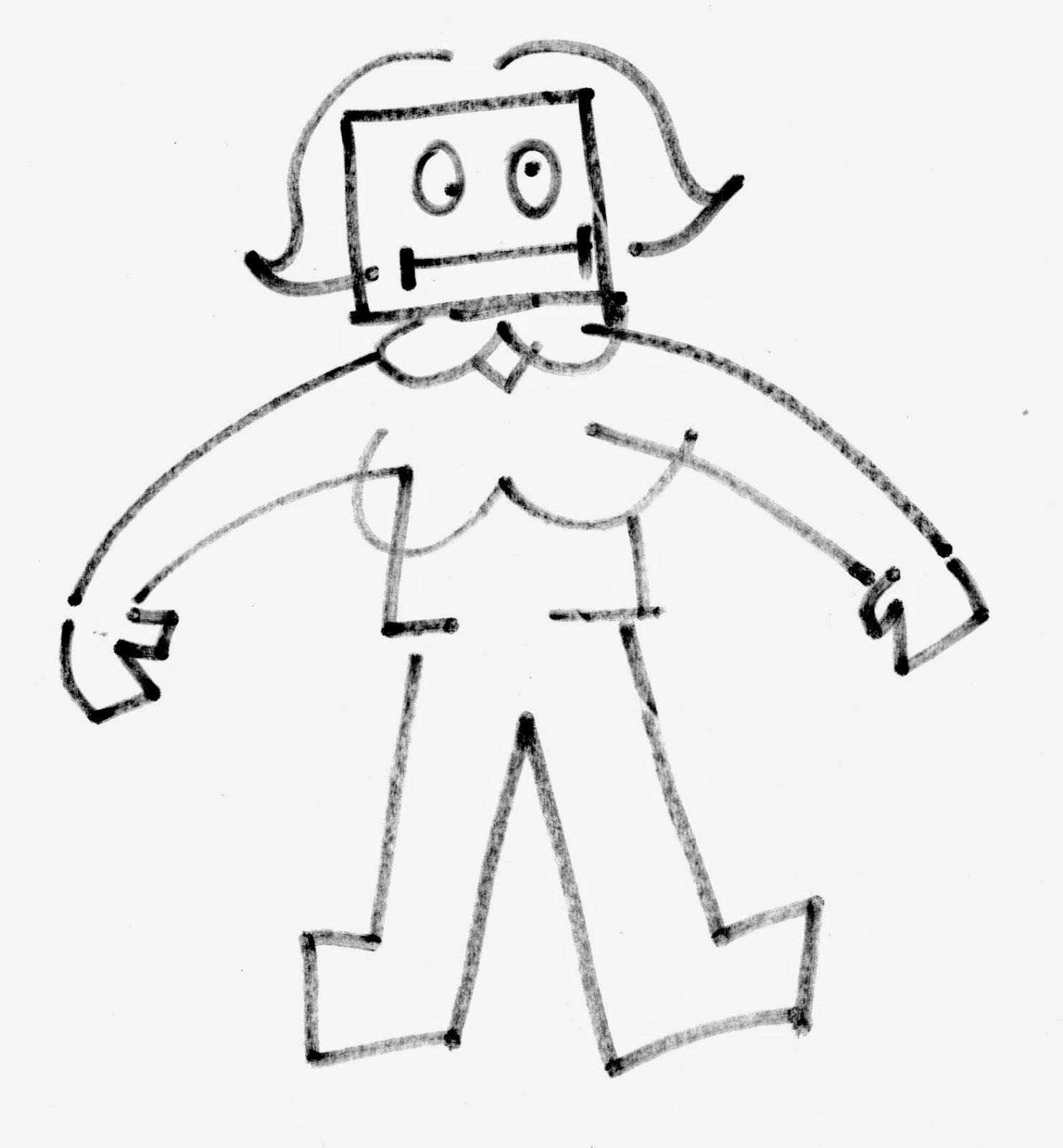 Just program it to go up and down the aisles, sit back at your desk, and Sudoku your little heart out. Also I emailed my mom and asked her to draw a robot teacher with a Sharpie in under 30 seconds and this is what she sent back. I cackled.
10) An arm belt
Basically I just want another set of hands.

Excuse me while I go have a nightmare about that arm belt.   What teaching inventions do you wish existed? I’m almost worried about your creativity.

Begin typing your search above and press return to search. Press Esc to cancel.